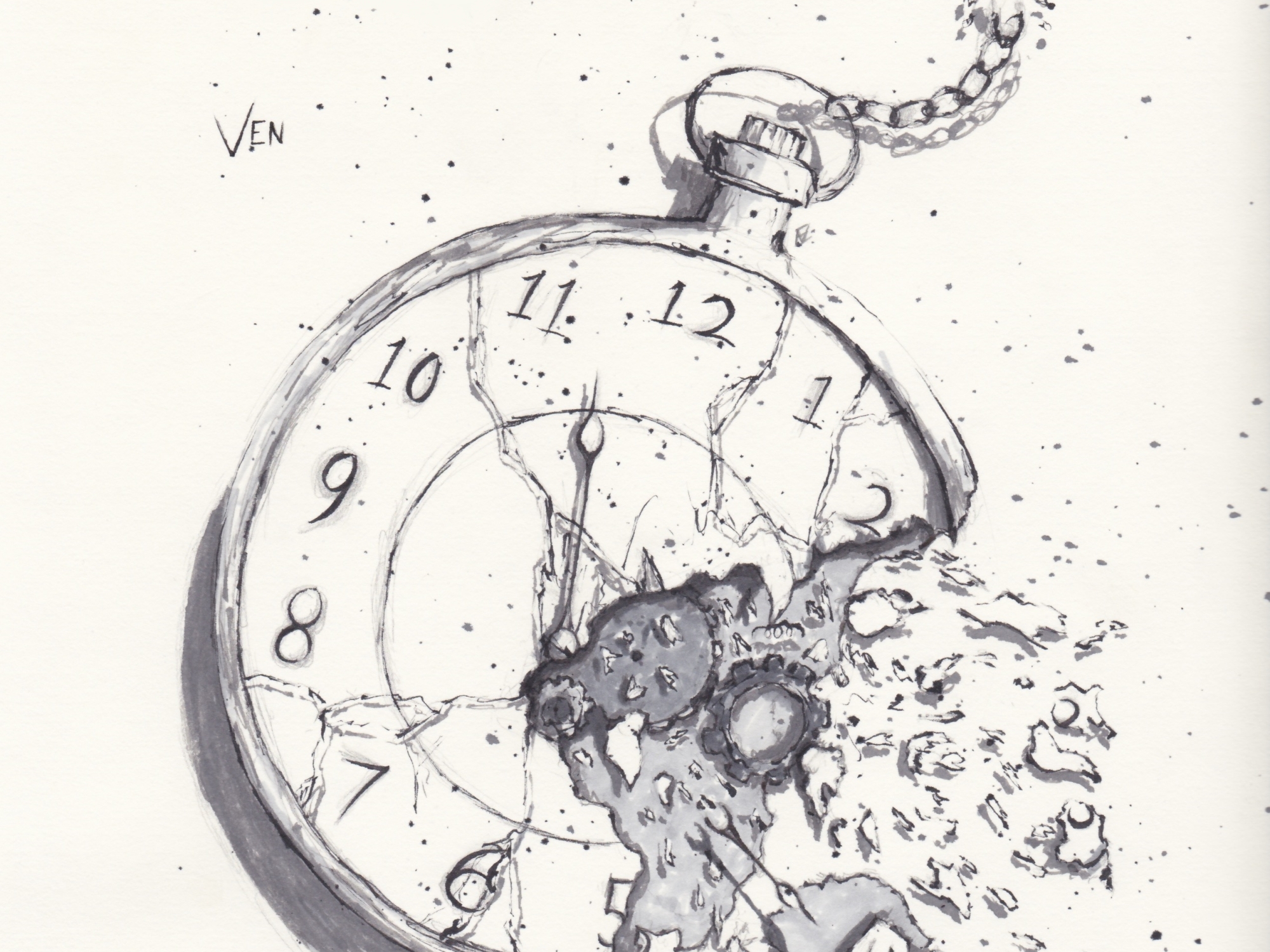 Garrick Mayflower was the only man sliding down the alley that summer’s evening; his shadow the only moving thing. He had a bit of Western blood in him, so his skin was a juicy orange-brown the colour of tanned hide that never failed to prompt a raised eye from his full-Orient neighbours. The sun stared, half-dead, with a bloodshot eye that flooded the cream beige walls of the city with vermillion highlights spilling into the slanting brick roads between them.

Approaching the buildings to his left, he appeared within the shadows beneath the eaves; eyes glowing almost as much as his silhouette had been, half-shut. He stopped, and sniffed.

Makal’s Trinkets: Bags, bugs or bargains? Whatever you are looking for, you shall find in here! Note: No haggling with the shopkeeper.

The words were traced with unnecessary serifs; drafted in gaudy pink on a miniature blackboard hung against the window panes. An amber warmth hummed through the glass, illuminating the dirty black spines of the window. A tiny figure was attached to the doorknob by a string: a twisted serpentine figure with gleaming yellow eyes and scales darker than the iron planks that framed the building. The local deity, Zaru.

An odd chime resounded as he shoved his way in. He was immediately assaulted by the tangy aromas of desert spice mixed with flavours of mould and musk. An idol of poor gold swung at him from the ceiling, surrounded by bookshelves haphazardly disposed. Contraptions lined the shelves, ticking idiosyncratically in hulls of brass or polished wood.

A man greeted him from behind a desk in the centre of the exhibits, cheeks swelling below an emerald skull cap. He was darker than Garrick, and the fact made him gnash his teeth behind his lips.

Reaching into his torn jacket, he retrieved a silver watch and tossed it onto the merchant’s desk.

Makal picked up the watch using only three fingers on each hand and raised it to the ceiling lamp, squinting.

“Well, sir,” Makal started, “I most definitely can fix it, but perhaps you can give me a moment and allow me to introduce you to-”

Garrick snapped his fingers and, with all the lightness of a moth descending upon a stalk of cumin, tapped his neck two times.

Makal’s smile wiggled in its place, buffeting his moustache. Taking a moment to remove a handkerchief from his shirt pocket, he dabbed at his temple and said, “Ah. Uh. Yes, sir. This watch has rather, ah- sophisticated mechanisms. It would be much more economical for you to purchase a new one instead.”

Garrick snorted. “I don’t have money. Fix it.”

“Now now sir,” the merchant’s lips had regained their prior stability and cheer. “Might I interest you if, say perhaps, I had one to offer you for free?”

Garrick’s expression remained blank as fresh papyrus as Makal rummaged through a drawer.

The shopkeeper’s smile sliced deeper into his cheeks as he procured a watch of pure gold; the bezel studded with oval diamonds and triangular rubies.

“How about it?” he said. “This watch. In exchange for yours.”

Garrick stared at it, then chuckled. “You cut a good bargain.”

Approaching the desk, he grabbed both watches, new and old. Stuffing the silver one into his jacket, he clasped the gold one onto his wrist.

The last thing Garrick saw as ripples splashed through his muddling screen of vision was Makal’s smile; a stark black curl that shot through his cheekbones, twisting into the space beyond.

It started off as a splash of watercolour. Then, the hues receded into every corner of the canvas, forming a moving painting that evolved into a movie, not unlike the ones screened at the palace grounds on Friday evenings.

Garrick saw himself. Hair tied in a topknot, chin devoid of stubble, eyes sparkling like white wine in the light of the moon. He wore a white suit that had been tailored to fit every nook; a violet carnation in his pocket. The midday sun was a glowing yellow, raining beams onto the plain of alfa grass. A woman in a white dress crept out from behind the trunk of a date palm, laughing as she threw herself into his arms.

Three children: two boys and a girl dashed across the plain towards the couple. A great house loomed in the distance, sitting by the river in quiet contentment as the currents flowed by.

Perhaps if he hadn’t made that deal with Baron Sharn, this vision could have been his reality.

He hadn’t destroyed his company.

Garrick saw himself strolling down the alley in his white suit, muttering at the stopped watch on his wrist. It was gold; the bezel studded with oval diamonds and triangular rubies.

He saw himself walk into a shop and hand the watch over to the merchant behind the desk.

A merchant with a moustached smile.

Garrick was on the floor now, sinking in a pool of his own sweat.

“You took it all,” he croaked. “You changed my history. My life.”

Makal cackled as he retrieved the gold watch. “I took nothing, sir. I merely received.”

The merchant clasped the watch on his wrist and, much to Garrick’s horror, morphed into a spitting image of the Garrick from a different future.

The silver watch in Garrick’s jacket fell to the ground and shattered. An instant later, he jumped to his feet and stared around with wide eyes.

Makal clasped his hands together and smiled. “You tasked me with repairing your watch, sir. Here, you can have it back.”

Taking a silver watch from the merchant, Garrick nodded with a confused grunt and left the store.

The door slammed shut behind.

“In a decrepit alley store, a nefarious being plots to take what isn’t rightfully his.”

Lee Russell, not to be confused with local True Singapore Ghost Stories writer Russell Lee, is an aspiring novelist with a penchant for fantasy fiction. Easily entertained, his hobbies include doing basically anything.

Stephen Pikarsky is a 26-year-old international freelance artist and creator of the H.O.P.E. Project trying to spread suicide awareness through art activism. Helping people get through their inner struggles with heartfelt artwork and poetry. Find more of his art here.

The Clockwork Demon is one of the many amazing submissions we have received for the third edition of the literary collection The Machinery.

Feel free to share the fiction on Social Media or let us know what you think about it in the comments below!

Published by The Machinery Magazine

An international online literature collection. Featuring poetry, art, fiction and author interviews. Based in Chandigarh, India. Also available in print on Amazon. View all posts by The Machinery Magazine

6 thoughts on “The Clockwork Demon by Lee Russell” 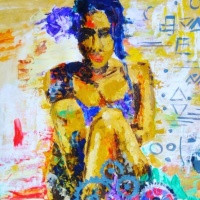